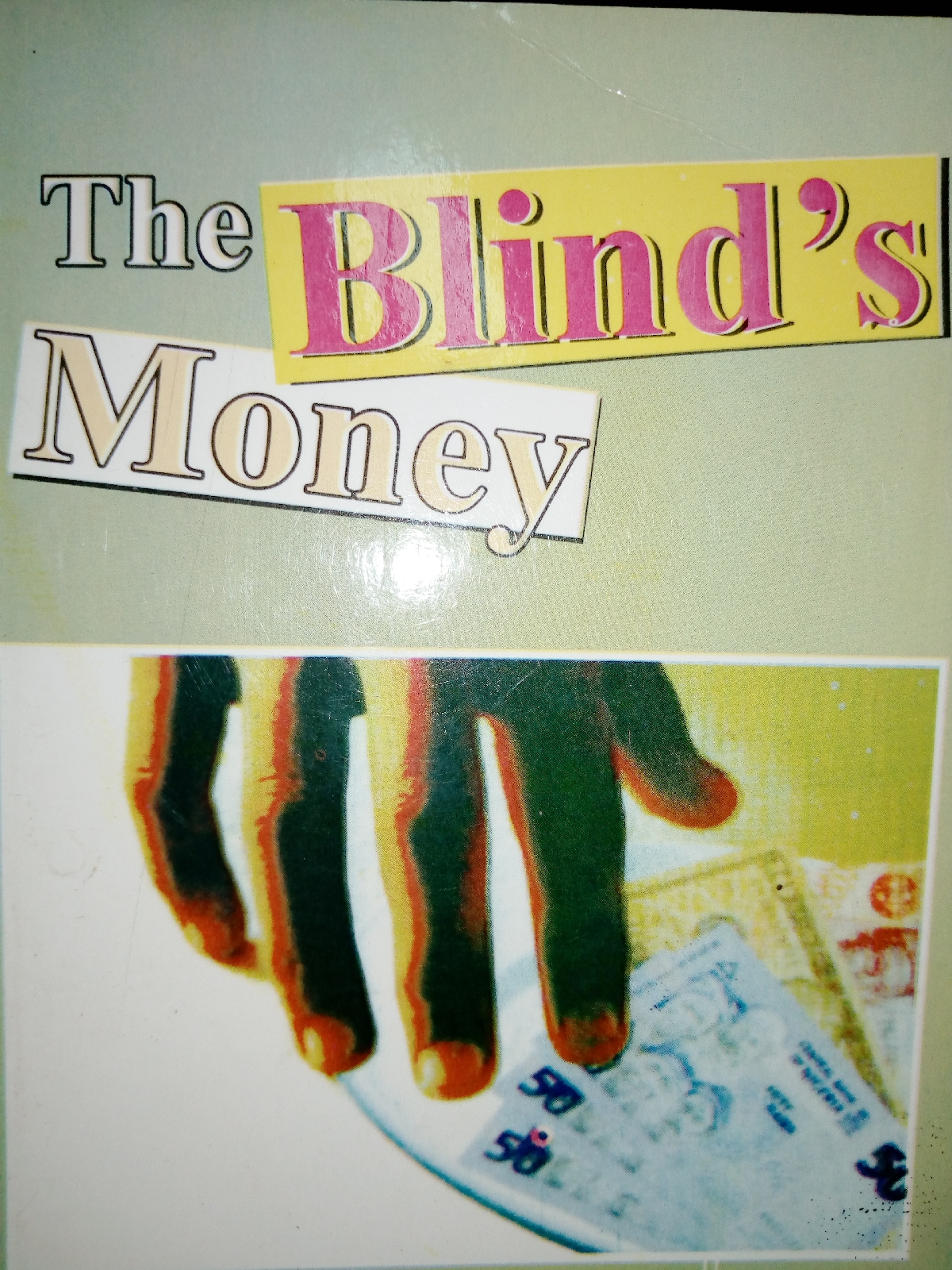 THE BLINDS MONEY
CHAPTER 8
As soon as she was handed the charm, she swung into action. On the seventh day that Alice had been using the charm, a terrible thing happened between Chief Adetokunbo and Sewa. That night, the two had gone to bed and were fast asleep when suddenly Chief Adetoltunbo woke Sewa up and accused her of snoring.
Sewa said she was sorry and the two fell back on bed. Not long after, Chief Adetokunbo woke Sewa up again and made the same complaint. ‘Look, woman, you don’t allow me to sleep‘ he said ‘ infuriatingly. Sewa, now sitting up, looked embarrassed. She was embattled. She didn’t snore. she wanted to say, but she cautioned herself. She feared open confrontation with her husband. Again, she tendered her apology. ‘l’m so sorry, dear,‘ she admitted. ‘that’s what you will say, sorry! Sorry! I’m fed off’ Chief Adetokunbo ‘said with anger and jumped out of the bed. Alright, I will go and sleep in the guest room,‘ Sewa quickly suggested and was leaving. She was ready to do anything to cool her husband’s raging temper now. ‘No, no. it is not a matter of guest room.‘ he objected. ‘I say you snore! You snore very irritatingly. Like pigs Sewa was quite sure she didn’t snore. It was her
husband who was a habitual snorer. “You’re the one who snored!’ she fired back. ‘i heard you snore. Don’t put it on me. You should seek a medical help!‘ she was now inp’Okay. We shall see whammd between the two of us. We shall see who is the head in this house. We shall see who needs a medicaL check-up between the two of us.’ ‘ ~ Chief Adetokunbo flounced out of the bedroom and went to sleep in the guest room. Tears, hot tears, trickled down Sewa’s face as the heard her husband bang the door of the guest room to himself. She had never seen him got terribly annoyed like this before. For a long moment, she sat on the bed sobbing and crying heavily. She eventually credit herseif to sleep. The following day, Chief Adetokunbo did not take his breakfast before he left for work. He was still angry over the last night‘s incident. Not long after he left “home, a man came into the house and introduced. himself as a court clerk. He handed. a folded paper to Sewa. She collected the paper and went through its contents. At first, she couldn’t believe her eyes for what she read. A court summon! Her husband was asking for divorce. Her eyes gisteming with tears. Sewa folded the paper back and retumed it to the court clerk. Give it back to him.’ She told the clerk. ‘Tell‘him t0
come and tell me himself. I didn’t marry him through a letter.“ . You’re getting it wrong, madam,’ the clerk tried to explain. ‘You have to take it.‘ I said I’m not taking it!‘ she screamed. ‘He is my husband and I’m not divorcing him Sewa was. now hystericai. She ran away and never came back. Tears streamed down her face as she walked up the stairs to her bedroom
The court clerk, confused, put the letter back in a file he was carrying and went away. Not long after he had .Ieft, a van _with two uniformed policemen and Chief Adetokunbo inside drove into the compound.One of. the policemen was the driver. The three peeple alighted and sea reched for Sewa.. She must be upstairs,‘ Chief Adetokunbo told the policemen after a futile’search downstairs. in quick ‘ strides, they mounted the stair-case and found Sewa’ in her bedroom. She sat on the bed looking morose. She jumped fearfully to her feet as she sighted the police men and her husband. ‘That’s her,‘ Chief Adetokunbo informed the policemen. One of the policemen with sergeant strap on his shoulder said politely: ‘Madam, would you be so cooperative as to foilow us to our station?‘
‘Your station?‘ Sewa asked belligerently. ‘What for?‘ ‘You will be better informed when you get there, madam.’ Before Sewa could argue any further, the second policeman, a corporal, had clamped handcuffs on her hands. She protested and struggled to get her hands . freed. She ended up in tears making strong appeals to her husband who kept a stony face. Chief Adetokunbo looked unusually unsympathetic. The corporal dragged Sewa to the waiting van. Where are her things?‘ the sergeant asked Chief Adetokunbo. ‘Her things?” asked Chief Adetokunbo as if he had never heard the word before. ‘ I bought everything here with my money.‘ The sergea  nodded understandably. Take this address,‘ he said as he handed a piece of paper to the sergeant. ‘Drop her in that address. Her mother stays there.” ‘Yes sir.‘
Chief Adetokunbo put his hand into his breast pocket and brought out an envelope. He counted two thousand naira and gave it to the sergeant. That is for. you,‘ Chief Adetokunbo told the police officer. Afterwards, the sergeant joined his colleague and Sewa in the van and they drove out of the compound. And Chief Adetokunbo locked up the bungalow and joined Alice in the estate. .